10 titles on UK Netflix to help you complete #52FilmsByWomen 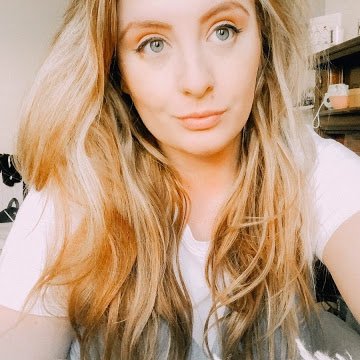 We’re all in lockdown right now, so our Netflix consumption has probably risen even higher than usual. To give you some further recommendations, and to help our with your #52FilmsByWomen selections, Billie Melissa has pulled together a list of fantastic movies directed by Women, currently streaming on Netflix UK.

We’re currently right in the middle of #52FilmsByWomen – a pledge to support women in the industry by watching 52 films by female filmmakers – 1 per week – over the course of a year. To help you top up your 52, here’s a list of great titles available on Netflix UK right now.

With a successful career in acting under her belt, Greta Gerwig took to the director’s chair like a fish to water. Her 2017 solo directorial debut stars Saoirse Ronan as seventeen-year-old Christine McPherson who is navigating her senior year of high school in Sacramento and pursuing her dream of East Coast romanticism, “where writers live in the woods”. RottenTomatoes critics scored it at 99%, breaking Toy Story 2‘s record for the highest amount of “fresh” reviews, and it earned itself five nominations at the 2018 Academy Awards. Its magic lies in its ability to capture the teenage experience and what life feels like when you’re bursting with passion but still finding yourself.

If you don’t have Netflix, Buy or Rent Lady Bird now

Endless Love is a remake of the 1981 Franco Zeffirelli film of the same name. Shana Feste’s adaptation stars Gabriella Wilde and Alex Pettyfer in place of Brooke Shields and Martin Hewitt as Jade and David, two star-crossed lovers who are pursuing their relationship despite disdain from Jade’s father. It got quite the bruising on RottenTomatoes with only 16% from 93 critics and a moderately weak 58% from over 25,000 audience members. Despite this, it remains an achingly sweet exploration of first love and what it feels like to discover your own autonomy and desire as a teenage girl. Not to mention, it has a fantastic soundtrack with songs such as Pumpin’ Blood by NONONO and Ends of the Earth by Lord Huron that compliment the film beautifully.

If you don’t have Netflix, Buy or Rent Endless Love now

Elle Fanning stars as Gothic icon, Mary Wollstonecraft Shelley in Haifaa Al-Mansour’s 2017 Mary Shelley. Arguably one of the great talents of this generation, Fanning captures the essence of how it feels to be a young woman in the arts and how we have to fight for our voices and stories. It’s a quiet re-telling of events, but there is something seemingly urgent about the way Al-Mansour navigates the sombre story behind the mind of Frankenstein.

If you don’t have Netflix, Buy or Rent Mary Shelley now

Based on Emily M. Danforth’s 2012 novel of the same name, The Miseducation of Cameron Post takes an intimate and challenging look at the despicable world of conversion therapy. Chloë Grace Moretz leads as the titular role in Desiree Akhavan’s adaptation, which had its premiere at Sundance in 2018, where it won the Grand Jury Prize. The film was received well by audiences and critics alike with a rating of 86% on RottenTomatoes.

If you don’t have Netflix, Buy or Rent The Miseducation of Cameron Post now

Audiences fell in love with this 2018 adaptation of Jenny Han’s set of popular novels To All the Boys I’ve Loved Before. Lana Condor leads as Lara Jean, a girl whose secret teenage love notes get out to their respective recipients. One particular recipient, Peter, played by Noah Centineo, is going through a recent break-up and the two of them enter a partnership to help the other out. It was such a hit that its sequel landed on Netflix February 12th 2020 entitled To All the Boys: P.S. I Still Love You, so potentially plenty more films yet to come!

Not read the book? You can buy it now

A new title that has found a home on Netflix is Mati Diop’s feature directorial debut Atlantics. It swept through the festival circuit, winning the First Feature Competition at London Film Festival as well as the Grand Prize of the Jury at Cannes. It also succeeded in winning over critical hearts who widely recognised it in their respective critics’ association awards. Combining elements of the supernatural and romantic genres, Diop provides an interesting spin on social commentary through the eyes of Ada, a young girl in love with a construction worker who goes missing on the lead up to her wedding to another man. Atlantics will also receive a DVD and Blu-Ray release through Criterion.

A challenging look at racial injustice in America through the lens of the 13th Amendment, and those it affects the most. Ava DuVernay connects the dots from slavery to the present-day issue of mass incarceration and how the two align narratively. Utilising experts from lawyers to politicians, she paints an unsettling yet timely portrait of a broken system in her Academy Award-nominated documentary.

Dee Rees puts a unique spin on the war genre in Mudbound. Her quietly ignored four-time Academy Award nominee explores racism in the south after two men return from WW2, winning the Robert Altman prize at the 2018 Film Independent Spirit Awards and a Special Gotham Jury Award in 2017. Similarly, it remains held in high regard on RottenTomatoes with a 97% critics score and an 85% from the audience.

Clueless is THAT movie. It’s the one watched at sleepovers, the one that cheers you up when you’re down and the home of famous iconography for a generation. Led by Alicia Silverstone as the unique Cher, Amy Heckerling’s well-loved cult classic is now available to stream on Netflix. It could be considered the original Mean Girls for its similar theme of making over the new girl and, in the process, uncovering all the things that are wrong with yourself. It’s sincere, it’s funny, and it’s not afraid to acknowledge its ridiculousness.

If you don’t have Netflix, Buy or Rent Clueless now

Miss Americana is fresh from Sundance Film Festival, ready and waiting for you on Netflix. Whether you’re a Swiftie or not, people have been impressed by Lana Wilson’s endeavour to unveil the more sinister side of stardom through the rise of country-turned-pop singer, Taylor Swift.