To coincide with the release of our Ranking Spielberg podcast episode, Joey Jones brings you interesting facts and trivia that chart the career of the most influential – and magical – movie-maker in Hollywood.

1. He was born into the right family

Steven Spielberg was born into an Orthodox Jewish family in Cincinnati, Ohio, on December 18th 1946. His mother, Leah, was a concert pianist, and his father, Arnold, an electrical engineer – the perfect blend of art and science, for a young filmmaker with a penchant for big emotion and high spectacle.

Our compilation of Spielberg’s greatest shots

2. Spielberg’s first film was a Western

At the age of 12, Spielberg was a Boy Scout and had to earn a Merit Badge for Photography. His family camera was broken, so he asked to use his Dad’s video camera, and made a western called The Last Gunfight. Spielberg says, “I was hooked. That’s how it all started.”

3. Spielberg was turned down by Film School

After graduating from high school, Spielberg moved to Los Angeles, of course. He applied to the University Of Southern California Film School, and was rejected 3 times. He then applied to California State University, where he was accepted.

In 1994, USC awarded Spielberg an honorary degree and in 1996 he became a trustee of the university. Spielberg joked, “I eventually had to buy my way in.”

As a young director at Universal Television, Spielberg worked on many shows: Night Gallery, Marcus Welby, M.D., The Name Of The Game, and Owen Marshall: Counsellor At Law, among others. There is one work in Spielberg’s TV work, though, that stands out. In 1971, the young Spielberg directed the pilot episode to the iconic detective show, Columbo.

Just 23-years-old at the time, but Spielberg already had quite the filmmaker’s toolkit at his disposal. You can see his cinematic sensibilities throughout the pilot.

5. Jaws was plagued with all kinds of problems

After the success of his debut feature The Sugarland Express, Spielberg was hired by Universal to helm their upcoming monster movie, Jaws, the film that catapulted 27-year-old Spielberg into the Hollywood stratosphere in 1975. The fact that it was the highest-grossing movie ever made and an instant classic are made even more impressive when you know about the major issues that plagued the production. To list a few:

As a young filmmaker in the 1970s, Spielberg wanted to make a James Bond movie. He unsuccessfully pitched ideas to Albert “Cubby” Broccoli on two separate occasions, and even made reference to Bond in Jaws, when Hooper (Richard Dreyfuss) cuts the shark open and pulls out a Louisiana license plate beginning with three familiar digits… 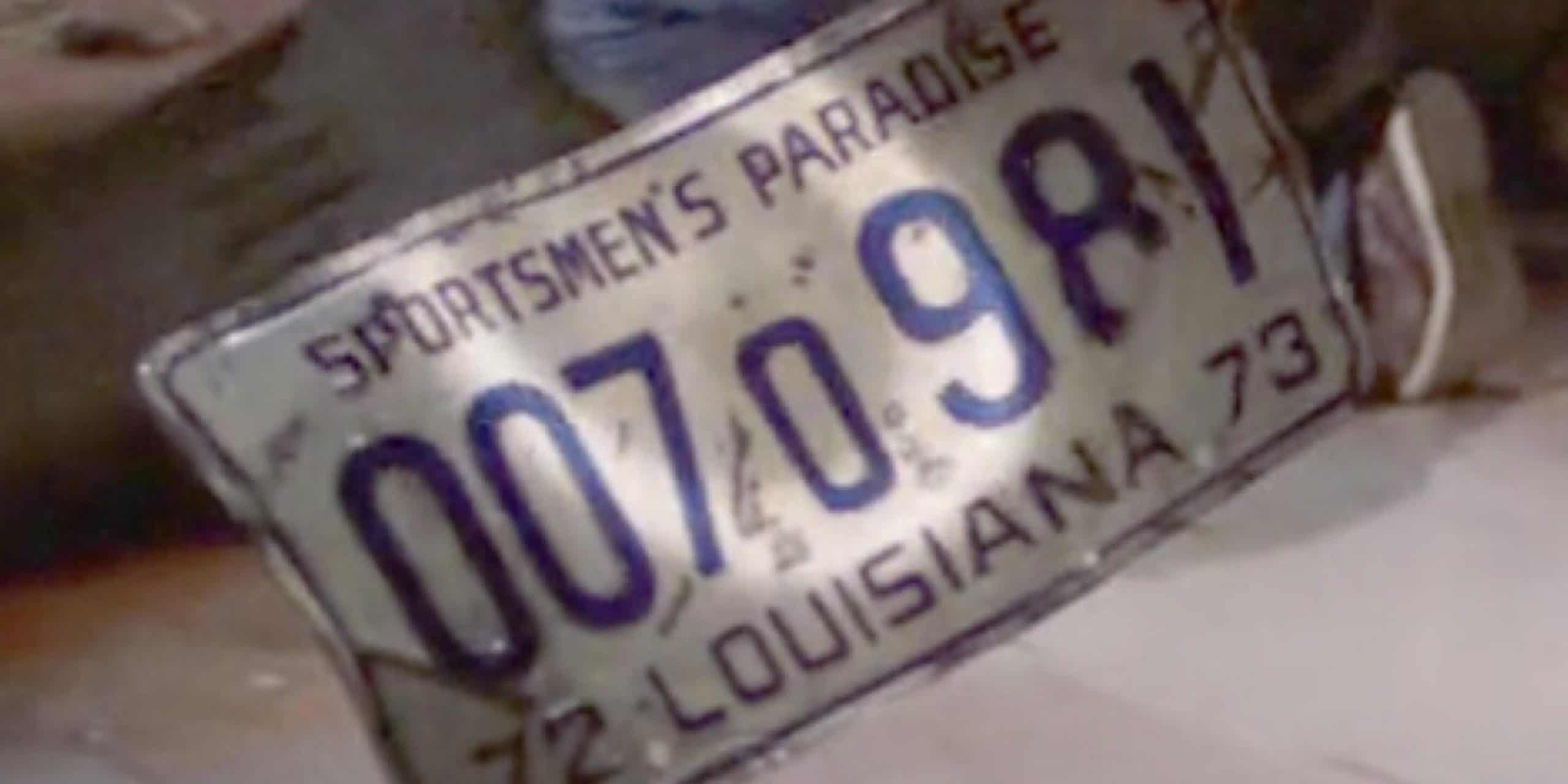 7. Themes of extraordinary events and family crop up again and again in Spielberg’s movies

A key hallmark of Spielberg as a filmmaker is his exploration of the family dynamic. His movies often feature a juxtaposition between high-concept fantastical stories and a very grounded family relationship. This focus on family comes from Spielberg’s own experiences, and he often puts his own real-life events onto the big-screen.

The below famous scene from Close Encounters Of The Third Kind is one such example, influenced directly by a real incident between Spielberg as a young boy and his father which occurred when Spielberg’s parents separated.

8. One of Spielberg’s most famous characters was brewed up on holiday with George Lucas

Spielberg and his pal George Lucas would often vacation together when they finished a movie. In May 1977, Spielberg had just wrapped production on Close Encounters Of The Third Kind, and George Lucas had his own little space movie coming out. It was on this holiday that Lucas pitched Spielberg his idea for a whip-cracking archaeological professor and his adventures  searching for mythical artifacts. Lucas uttered the famous words to Spielberg, “I’ve got something better than Bond…”

Of all of the iconic moments and shots that Spielberg has given us, the moment that E.T. and Elliott fly past the moon, silhouetted, is among the most magical. It’s even more impressive  when you learn that almost everything we see was shot in-camera.

It took the effects team – Industrial Light and Magic – weeks of scouting to identify the right place for filming. They used maps and astrological charts to find the perfect time that a full moon would sit low among the trees in that spot. Elliott and E.T. were scale models, but the rest is all real, and part of movie history.

10. Spielberg made the highest grossing movie ever 3 times

He’s directed the highest grossing movie of all time at the worldwide box office on not one, not two, but three separate occasions.

To cement his position as the box office King, Spielberg’s movies have, in total, grossed more than those of any other director. Cumulatively, his films have taken £10.5billion.

11. Spielberg’s early movies faced criticism for “not being art”

Despite his extraordinary success from a very young age, Spielberg’s early career was dogged by criticisms that his movies were cynical, spectacular cash grabs designed only to make money. This led to a perceived lack of respect from his peers for a time, and a definite lack of awards recognition. Spielberg proved his doubters wrong with The Color Purple (1986), Empire Of The Sun (1987) and, most emphatically of all, Schindler’s List (1993) but for, a time, it did seem to affect Spielberg personally, and he talks about it in this interview from 1992.

12. The collaboration between Spielberg and John Williams is among the most acclaimed in history

Spielberg has had many successful collaborations in his career. George Lucas, Harrison Ford, Tom Hanks and cinematographer Janusz Kaminski are all notable, but the greatest has to be Spielberg’s collaboration with composer John Williams.

Williams has composed the score for 28 Spielberg movies, won Academy Awards for 3 of them, and been nominated for a further 14. In 6 decades of collaboration, some of the highlights are Jaws, Close Encounters Of The Third Kind, the Indiana Jones movies, E.T., Jurassic Park, Schindler’s List, and Catch Me If You Can.

13. Spielberg’s 1993 is among the most impressive achievements in movie history

Two Spielberg-directed movies were released in 1993: Jurassic Park – regarded as one of the great summer blockbusters – and Schindler’s List – a personal and artistic project set during the Holocaust in World War II-era Poland.

Jurassic Park was the highest-grossing movie ever made at the time, and Schindler’s List won 7 Academy Awards, including Best Picture and Best Director (Spielberg’s first of two) and is widely regarded as Spielberg’s greatest work of art.

Born into an Orthodox Jewis family, Schindler’s List was naturally a very personal project for Spielberg. It was a huge box-office hit, taking $322m from a $22m budget, but Spielberg never made a penny from it.

All money owed to Spielberg, he donated to the Shoah Foundation, which preserves testimonies from genocide survivors, including the Holocaust. Spielberg also – to this day – refuses to autograph any memorabilia to do with Schindler’s List, so nobody can profit from it.

15. Spielberg went back and got his degree

In 2009, 41 years after he’d dropped out to work for Universal, Spielberg went back to California State University to complete his degree and graduate. For his final paper, he had to hand in a short film, and  asked his professor if he could submit a slightly longer one. His professor said, “yes,” so Spielberg handed in Schindler’s List. His professor said: “It met the requirements.”

If you haven’t got your Spielberg fill just yet (and we wouldn’t blame you), head over to our podcast episode special on the great director, where we talk about his best movies in detail. 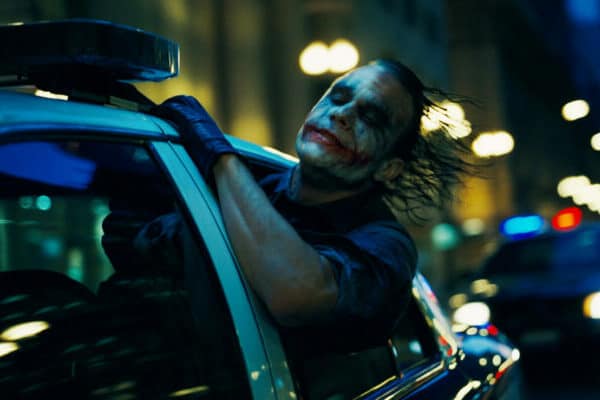 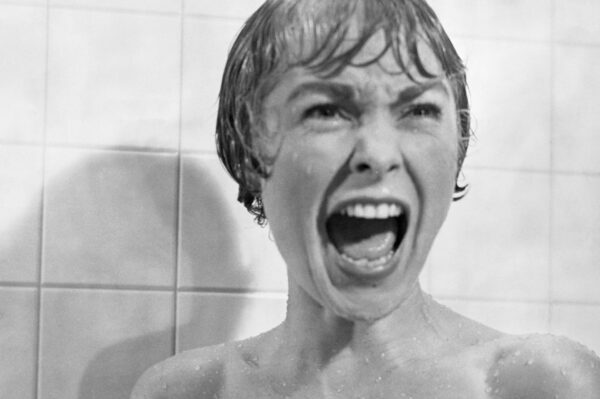 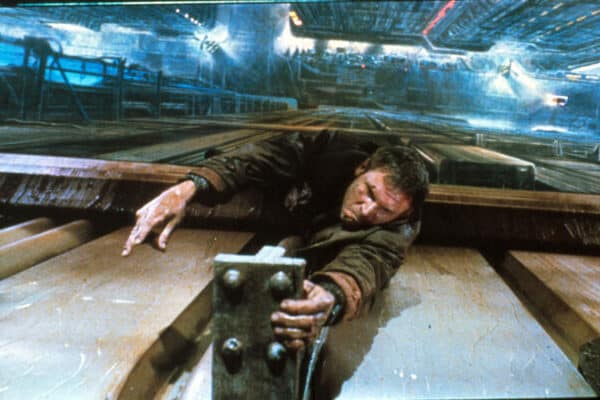