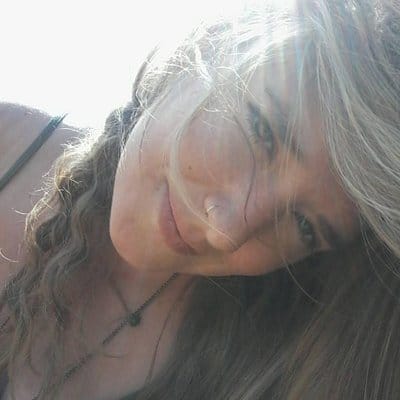 Justin Kerrigan’s Human Traffic has became a bit of a lost gem. Never one to forget an indie classic, though, Roxanne Sancto explores some of its hard-hitting themes and explains why it deserves more love.

If ever there was a movie that perfectly incapsulated the British club scene of the late nineties and early noughties, it is without a doubt Justin Kerrigan’s Human Traffic. Colourful, honest and sprinkled with young adult angst and biting sarcasm, the film’s most popular quotes formed part of every dedicated clubber’s vocabulary, with Jip’s (John Simms) famous weekend-battle cry initiating many a crazy blinder.

“The weekend has landed. All that exists now is clubs, drugs, pubs and parties. I’ve got 48 hours off from the world, man. I’m gonna blow steam out my head like a screaming kettle, I’m gonna talk cod shit to strangers all night, I’m gonna lose the plot on the dancefloor. The free radicals inside me are freakin’, man! ”

Human Traffic follows Jip and his chosen family, Lulu (Lorraine Pilkington), Koop (Shaun Parks) and his girlfriend, Nina (Nicola Reynolds) before, during and in the aftermaths of a long weekend of partying in Cardiff. While the weekend anticipation and the drug and music culture are central to the storyline, the relationships between the film’s protagonists and their own individual journeys add depth and complexity to a seemingly happy-go-lucky club environment. Glimpses into their personal lives and circumstances tap into that very peculiar mid-twenties experience: on the cusp of adulthood whilst still feeling lost in a chemical generation in search of meaning.

These characters – like so many of us – live for the weekend, and for good reason. It’s a chance for Jip to get his mind off his Mr. Floppy situation; for Koop to let go of his responsibilities toward his ailing father for a night; for Nina and Lulu to act like two teenaged girls again, without worry about work or dysfunctional romantic relationships. Those two nights allow them to partially escape their own emotional trenches and anxieties. Within the safety and harmony of a drugged haze shared by their nuclear group, they float through the realms of a community that will feel estranged by Monday. While, on many levels, Human Traffic glorifies the artificial togetherness and carefreeness of drug use, it is just as careful to underline the inevitable comedown that drives new soulmates apart as quickly as it brought them together.

The film’s famous Star Wars conversation brilliantly illustrates that intense connection felt on E’s peak only to be swallowed up by a giant, hungry void of social incoherence when the comedown starts announcing itself. Because, “what comes up, must come down. And down. And down.” The extreme contrast between the two separate realities is dramatic, like a brightly coloured image of youth slowly fading back into the grey areas of burgeoning adulthood looming in their present. Jip, Moff and co.’s weekends are spent on the dancefloor getting off on music and all the beautiful people around them, only to return to a feeling of complete alienation on Sunday – in preparation of the week ahead.

Without fully realizing it, they are clinging on to this era in their lives, afraid to lose themselves completely in an existence ruled by shitty jobs, poor paychecks, broken families and hearts. No matter how painful the price of their burnouts and hangovers, they’ll keep returning to that same pub on Sunday nights to self-analyse and philosophize and swear to God they’ll get their shit together, only to do it all again the following weekend. Because, as Moff so kindly points out to his father when accused of dodging real adulthood: “You really don’t understand at all, do you, eh? I haven’t got one friend that actually enjoys their job. Each one counts down the days till Friday. Dad, I’m not ready to become that miserable.”

It’s genuine, hilarious and so completely unpretentious in its comic tragedy. Filmed with a tangible, inexhaustible energy, Kerrigan’s camera tells this story with so much wit and nineties whimsy, Human Traffic has reached cult status. The characters go from breaking the fourth wall to appearing in front of imaginary film crews and paparazzi, forever changing pace without becoming disruptive. The protagonists are all likeable, but this stylistic choice of filming increases the audience’s emotional investment in them. It is an ode to friends coming of age together in a world that’s forcing them to face the facts: It’s hard being cool.