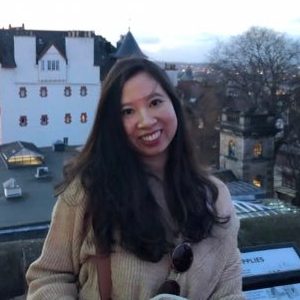 A remake of Hong Kong classic Infernal Affairs (2002), The Departed was the movie that won Martin Scorsese his first Best Director Oscar when it was released in 2006. Pim Wangtechawat revisits Scorsese’s thriller to argue that imitation isn’t always the sincerest form of flattery.

In 2007, Martin Scorsese finally won his long-awaited Best Director Oscar. The film? Not one of his classics, like Goodfellas, Raging Bull or Taxi Driver, but The Departed, a crime drama set in the city of Boston. Earlier on in the night, before Scorsese mounted the stage for his triumphant speech, the film’s writer, William Monahan, also claimed a statue of his own for Best Adapted Screenplay. But as Monahan was embracing his well-wishers and making his way up to the stage, a serene female voice blared out from the Oscars’ PR system: “William Monahan based his screenplay about Boston mobsters on the Japanese film, Infernal Affairs”.

Infernal Affairs is, however, a Hong Kong film. This mistake is a perfect reflection of the problem that, to this day, continues to plague Scorsese’s remake.

Directed by Andrew Lau and Alan Mak, Infernal Affairs was released in Hong Kong in 2002 to massive success. It starred two of the country’s most popular actors, Andy Lau and Tony Leung (best known in Hollywood for his work with acclaimed director Wong Kar-Wai), as two informants — the former a triad member who has infiltrated the Hong Kong police department and the latter a police officer undercover with the triad. The film spawned a prequel and a sequel, and won numerous awards in Asia. Monahan, who worked on his adaptation from a translation of the original script, decided to relocate the story to his hometown of Boston, where, “the known culture of corruption clicked really well,” with “the Chinese story”. The list of stars assembled for this remake is dazzling: Leonardo DiCaprio as the undercover cop (Costigan), Matt Damon as the gang mole (Sullivan), and Jack Nicholson as the mob boss (Costello).

The Departed attempts to create a connection between the two men through the use of not-so-subtle parallel sequences and the character of Madolyn (Vera Farmiga), a police psychiatrist who is a compression of two Infernal Affairs love interests.

Despite several scenes that are replicated almost beat-for-beat, there are some very glaring changes made in The Departed: It is more visually polished than the original, with the overall tone bleaker and more impersonal. The most notable difference between the two versions, however, is The Departed’s lack of a “crisis of conscience” that’s born from the dynamic between the two main characters. The Departed attempts to create a connection between the two men through the use of not-so-subtle parallel sequences and the character of Madolyn (Vera Farmiga), a police psychiatrist who is a compression of two Infernal Affairs love interests; although she is Sullivan’s live-in girlfriend, she shares a brief dalliance with Costigan. This was at the height of Farmiga’s breakthrough in Hollywood, but the part that she’s been given here is, to quote The Atlantic, “frankly ridiculous”.

Infernal Affairs, on the other hand, builds itself on the premise that the two informants are both suffering in “continuous hell”, but in very different ways. The seeds of their relationship are laid from the very beginning with a flashback of the two as teenagers in cadet school; they then meet again as adults in a chance meeting at a record store where, oblivious of each other’s true identities, Leung’s character (Yan) sells Lau’s (Ming) a sound system. Throughout the entire franchise, Ming, the triad mole, is very much driven by his envy and begrudging admiration for Yan; their chemistry, despite them coming face to face only once or twice, is intense and electric. Along with its prequel and sequel, Infernal Affairs also does a brilliant job of examining Ming’s psyche: Is he really growing a conscious? Is he capable of turning a new leaf or is he already conditioned to fail? Is he doing everything — both the bad and the good — just for acceptance and acclaim? Damon’s version of the character, however, offers no such depth: He starts out as a self-serving jackass and remains so until the very end, with not much ambiguity in between.

The above video shows a side-by-side comparison of scenes in Infernal Affairs and its remake, The Departed.

Buy or Rent The Departed now

In Infernal Affairs, despite Ming coming out on top after Yan’s demise, he is the one who loses out as he is still haunted by his rival, perpetually stuck trying to seek his approval. As for Leung’s Yan, his “continuous hell” is very different from DiCaprio’s Costigan’s. While DiCaprio approaches the role with tightly coiled paranoia, Leung chooses to play Yan as affable and charming, but always with an underlying sense of dignity and sadness. “I am a cop,” is his catchphrase, said often with integrity and pure clarity. The price he pays for his double-life seems to weigh on him much heavier than it does Costigan. In one very poignant scene, he runs into an old girlfriend and her daughter. From their conversation we are led to believe that she left him because she thought he was a real criminal and that, unbeknownst to him, her daughter is, in fact, his. Heartbreaking ‘What if?’ moments like this, along with small glimpses of genuine friendship between characters, is the reason why, despite the melodramatic pop music playing in the background, the deaths in Infernal Affairs — of Yan’s friend, of his runner, Superintendent Wong, and of Yan himself — pack more of an emotional punch than those in The Departed.

There are arguments to be made that these changes are to be expected when it comes to adaptations; Monahan himself has praised the original scriptwriters Mak and Chong for their work, calling them, “brilliant filmmakers”. But his claim that, “the give and take between American and Asian cinema is one of the great energising cross-cultural relationships,” does not quite hold up. True, Hollywood has a habit of remaking hit movies from Asia (Old Boy, Godzilla, Ghost in the Shell — the list goes on and on) but, like with Infernal Affairs, the emotional substance of the originals tends to be disregarded under the guise of artistic reinvention. Monahan can praise the original Infernal Affairs as much as he wants, but any perception that Hollywood has put these two films on even ground is delusional.

In addition to the mishap during Monahan’s Oscar win, Infernal Affairs, despite making millions at the Hong Kong box office, is still called a “cult classic” by at least two major Western movie publications (which will remain nameless here). One review goes as far saying The Departed is, “a better and more important movie [than Infernal Affairs] in almost every way”. Even in the credits of the film itself the Hong Kong version is treated as a footnote, with the statement, “Based on the motion picture Infernal Affairs” appearing only after three  minutes of  cast and crew listings. Scorsese’s Best Director and Best Picture wins at the Oscars, while long overdue, did have a feel of lifetime achievement due to the fact that he is made more highly acclaimed movies snubbed by The Academy. The strong competition it faced that year from works made by creators of colour — including Guillermo del Toro’s Pan’s Labyrinth and Alejandro Gonzalez Innarritu’s Babel — only made the recognition it received all the more surprising.

Nowadays, there have been more attempts by Hollywood to tell authentic Asian and Asian-American stories, whether through romantic comedies and dramas like Crazy Rich Asians (2018) and The Farewell (2019), or through the superhero genre like Marvel’s upcoming Shang-Chi and the Legend of the Ten Rings (ETA 2021). But what happened with Infernal Affairs and The Departed is still a reminder of the industry’s habit to pick and choose from Asian cinema what they believe will work for an American audience with little consideration or awareness. Progress is happening, of course, but history – and Infernal Affairs/The Departed – serves as a reminder that there is still a long way to go.