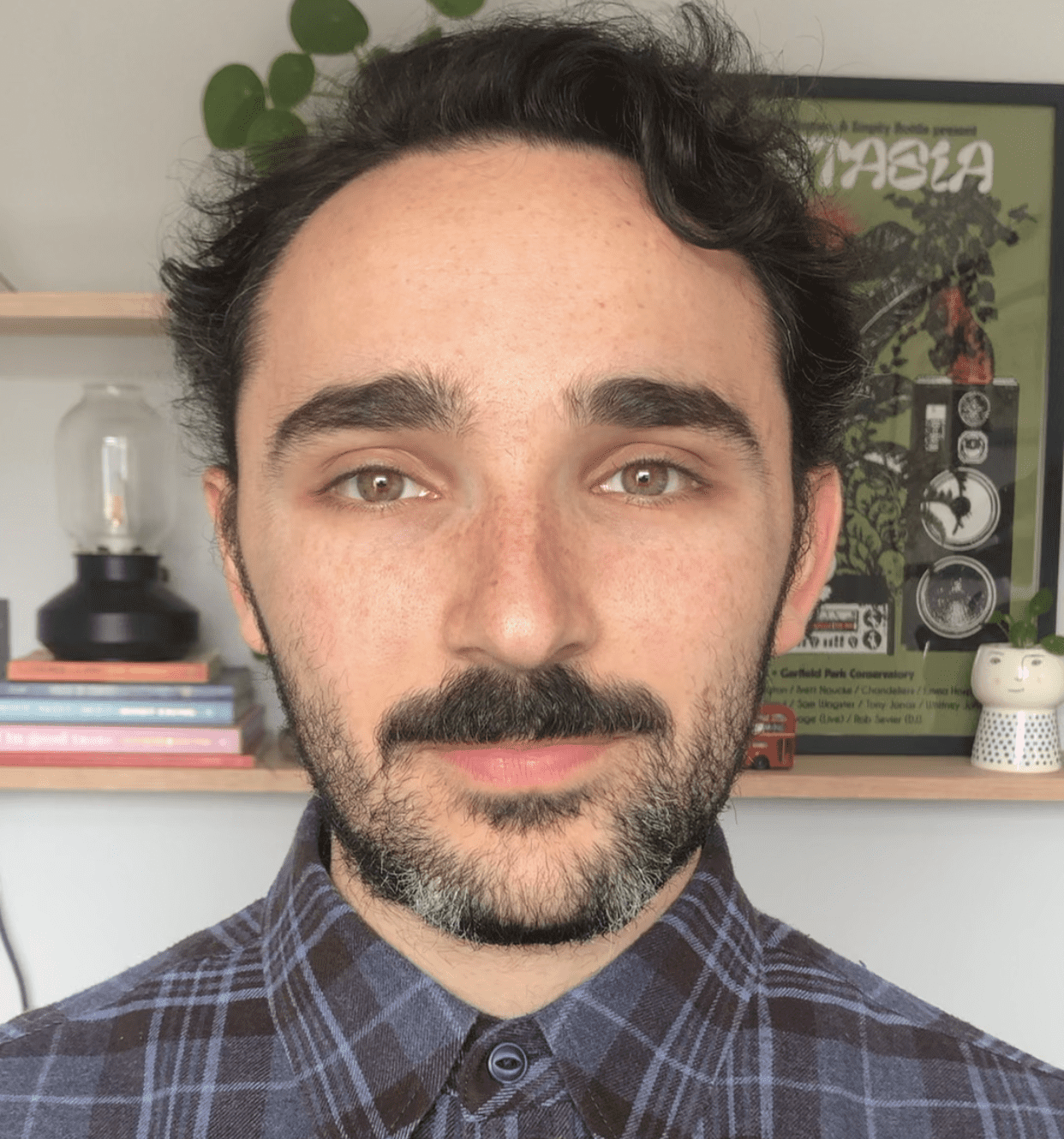 Few novelists have had an impact on Hollywood like Stephen King, with many classic movies based on his work. Brett Dworski has rewatched the lot to bring you a rundown of the 10 best movies based on Kings work.

To say that Stephen King has given Hollywood plenty to work with through the years would be an understatement. With almost 50 films adapted from his novels and short stories (close to 80 when counting for television), King’s work has hit the screen almost every year for the past four decades. Since this year marks the 40th anniversary of one of the earliest and most renowned King film adaptations – looking at you, Jack – it’s a good time to debate which are the best.

The Shining (1980) isn’t the only King adaptation set in a hotel. In 1408, John Cusack plays Mike Enslin, a cocksure author who’s made his fortune off debunking the paranormal. When Enslin checks into Dolphin Hotel room 1408 to prove that stories of the room being haunted are a myth, well, let’s just say it’s he who gets debunked. In 1408, Cusack is essentially what Tom Hanks is in Cast Away (2000): a one-man show. He’s terrific as the douchey cynic who unwillingly confronts his inner demons – including a torn relationship with his dementia-riddled father and the death of his young daughter – through the room’s trickery. Powered by Mikael Håfström’s sharp directing, 1408 is a cunningly tense watch.

Folks who love Christopher Walken for his unique acting style need look no further than The Dead Zone, which might just be his best performance outside The Deer Hunter (1978). Directed by David Cronenberg, the film follows Johnny (Walken), a heedful schoolteacher who awakens from a five-year coma with psychic abilities. Struggling to adapt to a new world, Johnny fears his new powers and spirals into a world of darkness. Walken’s anxious, erratic performance carries the story, followed by Martin Sheen and Herbert Lom, who thrive as an intimidating politician and serene doctor, respectively. While periodically dull, Johnny’s disturbing visions – when we’re exposed to Ronald Sanders’ sharp editing and Michael Kamen’s unnerving score – are among the best moments of any King adaptation.

Arguably King’s most popular novel, It was adapted as a two-part TV miniseries in 1990 but failed to reach critical acclaim. 27 years later (how ironic?) the supernatural horror story made its triumphant return to the screen and outshone its predecessor critically and commerically. Set in 1988 in the fictional Derry, Maine, It follows seven children battling a predatory, bloodthirsy clown who emerges from hibernation every 27 years. Bill Skarsgård is electrifying as Pennywise, the monster who transforms into each kid’s biggest fear while hunting them for lunch. His finest moment is during the death of little Georgie – one of the most shockingly gruesome opening scenes ever. Supported by Andy Muschietti’s taut direction and a breakthrough performance from Sophia Lillis, It – after its smashing 2019 sequel – has finally reached its apex.

While not the scariest King adaptation, Gerald’s Game is among the most unsettling. Carla Gugino is superb as Jessie, a sensitive woman whose husband dies of a sudden heart attack after handcuffing her during kinky foreplay. Left cuffed to the bed in a remote house where her screams go unheard, Jessie fights to escape while her body and psyche fade. If being taunted by her dead husband’s ghost isn’t enough, Jessie relieves her father’s repulsive paedophilia during her teen years while struggling to survive. Director Mike Flanagan creates incredible symbolism through the handcuffs, which represent the men who have shackled Jessie down all her life. Topped off with a ghastly and satisfying finale, Gerald’s Game is the best King adaptation since the turn of the millennium.

Often criticized for its length and melodramatic style, The Green Mile’s poignant story and superior acting make it worthwhile. Tom Hanks stars as Paul Edgecomb, a death row corrections officer in 1935 whose life changes forever after a peculiar black inmate is brought to his unit. Michael Clarke-Duncan gives the performance of a lifetime as John Coffey, the physically intimidating prisoner whose compassion and supernatural abilities convince Paul and his staff that he’s a miracle from God and innocent of his crimes. Hanks’ take on the empathetic Edgecomb is moving and sincere as he increasingly battles with knowing that John will die on his call. Led by Frank Darabont’s theatrical direction, the story culminates when a standard chat about John’s final meal finds him and Paul admitting their dark views of humanity. Although it’s not Darabont’s best King adaptation (see below), The Green Mile is undoubtedly a star on his resume.

Misery is a claustrophobic and frightening look at what being held hostage might feel like. After a deathly car wreck in the mountains of Colorado, novelist Paul Sheldon (James Caan) is rescued by Annie Wilkes (Kathy Bates), a nurse who claims to be his “biggest fan.” Little does Paul know that Annie’s got more planned for his stay than expected, and what begins as a generous act quickly flips when Annie discovers Paul is killing off her favorite character from his books. Bates is phenomenal and iconic as Annie, whose shifts between sweet nurse and vicious lunatic created one of the greatest movie villains of all time. Caan is no slouch either as Paul; the way his face drops during Annie’s psychotic outbursts has you rooting for him every step of the way. The second of two King adaptations for director Rob Reiner (keep reading), Misery encapsulates its title as a hellishly realistic film that you can’t stop watching.

Stephen King’s debut novel was also the first adapted for the screen. Sissy Spacek plays Carrie White, a shy and delicate teen who’s tormented by her schoolmates and ridiculed and abused at home. Her life takes a turn, though, when she discovers she has telekinesis and – unsuccessfully – attempts to let her guard down. Spacek’s powerful performance is both spooky and heartbreaking, while Piper Laurie is surreal as Carrie’s deranged, ultra-religious mother. While most of Carrie is a somber depiction of extreme bullying and parental abuse, the final act is downright chilling. The story has been adapted three times since Brian De Palma’s polarizing 1976 version, and for good reason – it’s one of King’s greatest feats, both on paper and screen. Bottom line: Carrie is a must-watch for even moderate King fans.

The Shining wasn’t the first film to capture the art of seclusion, but it certainly popularized it. When writer Jack Torrance and his wife and son, Wendy and Danny, become winter caretakers at an isolated hotel in the Rocky Mountains, their peaceful solitude turns as Jack discovers the hotel’s supernatural powers and dark secrets, sending him down a homicidal rabbit hole. Jack Nicholson is superb as the eerie protagonist, an alcoholic and abusive father whose descent into madness is pure terror. Danny – played by a then eight-year-old Danny Lloyd – creeps with his psychic premonitions, while Shelly Duvall’s piercing screams as Wendy are horrifying. Stanley Kubrick’s ambiguous directing style contains jump-scares – such as Danny’s run-in with the Grady twins – as well as suspense-building sequences such as Jack entering Room 237. Although King has openly denounced the movie for its deviations from the novel, The Shining nonetheless remains a model horror flick and legendary piece of filmmaking. We’re big fans of this one – check out our in-depth podcast on The Shining here.

I wasn’t older than six or seven when my father showed me Stand By Me, a story of four boys in 1959 who go on a hike to find the dead body of a missing kid. Adapted from The Body – a King short story – Stand By Me begins as a fun adventure but morphs into something much more. The closer the boys get to finding the body, the more they learn about each other, themselves, and the meaning of true friendship; truths are revealed, feelings are hurt, and bonds are formed. Rob Reiner’s decision to center the film around Gordie – ably played by Wil Wheaton – instead of all four boys turned King’s dark adventure piece into a nostalgic and emotional drama. Beyond Reiner’s mindful direction, Stand By Me was also a breakthrough for the late River Phoenix, whose role as the rugged and wise Chris Chambers is cemented among Hollywood’s most notable young performances. The film’s themes of adolescence, adversity and adulthood are undeniably timeless – and, as a coming-of-age classic, Stand By Me is, too.

The Shawshank Redemption – based off of King’s novella, Rita Hayworth and the Shawshank Redemptio – epitomizes the horrors of prison while capturing viewers with its inspirational message. In 1947, banker Andy Dufresne (Tim Robbins) is sentenced to life in a corrupt prison for killing his wife and her lover, and forms a bond with Red (Morgan Freeman), also serving life for murder. As Red and Andy’s friendship blossoms through the years, they face the constant threat of their deceitful warden, whose menacing and illegal tactics nearly break every man inside the prison. Robbins is exceptional as Andy, the oddball who doesn’t quite fit in; even as the decades pass, he refuses to yield to the system. Red – a white Irishman in King’s story – is played brilliantly by Freeman, whose voice became a sensation after narrating this film. Shawshank delivers both the darkest and brightest elements of Stephen King’s storytelling – grim undertones, grotesque characters, an unbreakable friendship, and an uplifting spirit – to the screen. It’s the perfect King adaptation.

What do you think of our rundown? Do you agree with number 1? Have we missed out any other gems? Let us know in the comments.