Jonathan Demme’s The Silence Of The Lambs is a masterclass in thriller-horror storytelling. As a companion piece to our podcast episode on the film, Charlie Bleecker is bringing you the story behind the scenes by way of 20 fascinating facts.

The benchmark in psychological terror, The Silence Of The Lambs was a smash hit when released on Valentine’s Day, 1991. It boasts some incredible camera work by Tak Fujimoto, superb direction from Jonathan Demme and not one, not two, but three incredible central performances by Jodie Foster, Anthony Hopkins, and Ted Levine. Here are some of the most amazing facts about the production and release of Demme’s classic.

Hackman bought the rights to the 1988 Thomas Harris book, splitting the $500,000 cost with production company Orion, and had planned to direct, write and star as Lecter.

2. Hackman’s screenplay was pretty much a copy/paste job

Ted Tally, the man who would end up writing the screenplay, contacted Orion President Mike Medavoy who said, “Gene thinks he’s going to write this, but don’t worry, he’ll find out how hard that is, and we’ll get back to you.” Medavoy called back later and said, “Gene’s written 50 pages of the script, and he’s only 50 pages into the book. So, if you can meet with him and convince him that you’re the right guy for it, you’ll have the job.”

3. Jodie Foster wanted in on the action

She loved the book and wanted to buy the rights but found out that Hackman had got there first. She wasn’t first choice to play Clarice Starling either because Jonathan Demme wasn’t keen on her Boston accent in The Accused (1988), even though she won an Oscar for it.

During their first meeting, there’s a moment where Lecter mocks Starling’s southern accent. This was improvised on the spot by Anthony Hopkins, and not expected by Foster. She was hurt by the comment, and her on-screen reaction was real. However, she later thanked Hopkins for provoking a genuine reaction.

The film is geared around framing every shot from Clarice’s perspective to put the audience in her shoes. Generally, the characters speaking to Clarice are front and centre of the frame, breaking the fourth wall by looking directly into it. When Clarice is in the frame she’s looking just off camera.

Jonathan Demme wanted Anthony Hopkins for the role of Hannibal ‘The Cannibal’ Lecter from the get-go but said, “I was trying to be diligent and get a more commercial actor for the part because Tony didn’t have the box office allure that he later gained, so I went to Sean Connery, who found the piece ‘revolting’.”

7. Fava beans and a nice chianti

Hopkins’ now iconic lip roll sound after his fava beans speech was inspired by Bela Lugosi’s iconic title performance in Dracula (1931). He said, “When I was a kid, I’d tell the girls around the street the story about Dracula and I’d go th-th-th, as a result, they’d run away screaming.”

The most famous scene in The Silence OF The Lambs. Lecter mocks Starling’s accent, then delivers the iconic, “nice chianti” line.

Hopkins had a friend in London who rarely blinked, which, “freaked people out” and noted similar characteristics in reptiles. Reptiles only blink when they want to, and they do it consciously. He applied these characteristics to Hannibal, in the film Hopkins only blinks at specific moments.

9. Hopkins isn’t in the film all that much, but won an Oscar anyway

Hopkins was rewarded for his efforts by picking up the Best Actor gong at the Oscars, despite being on-screen for just 16 minutes. It is the second-shortest screen time to win Best Actor, the first being David Niven who was in Separate Tables (1958) for 15 minutes.

It wasn’t all success for Hopkins on the back of The Silence Of The Lambs. He was in a relationship with retail businesswoman Martha Stewart at the time, but she dumped him shortly after the film’s release because all she saw when looking at him was a cold-blooded serial killer.

11. The crew created a board game to pass the time

Despite the subject matter, Demme kept the atmosphere on-set upbeat. He and the crew came up with a board game called the ‘Gumb Game’. The object of the game was to save Catherine and it had cards that said things like “liposuction, go back two spaces”.

Buffalo Bill was a combination of 3 different serial killers: Ed Gein, who used to skin his victims and make lampshades out of them; Gary Heidnik, who would entrap his female victims in a specially-made basement; and Ted Bundy, who wore a fake cast on his arm to lure in his victims.

The moves for Buffalo Bill’s infamous dance scene were completely improvised by Ted Levine on the spot, but he did have a few shots of tequila for some Dutch courage beforehand. The song he dances to is Goodbye Horses by Q Lazzarus. This was Levine’s suggestion because it was originally going to be Her Strut by Bob Seger. Levine said that Goodbye Horses was “a little gentler and stranger, and a little bit more feminine.”

14. The actress who played Catherine suffered for her art

Brooke Smith got the gig as Catherine Martin on the condition that she gained 25 pounds. She was in an acting class with Vincent D’Onofrio, who had put on 75 pounds for the part of Private Pyle in Full Metal Jacket (1987), and he said to her, “You gotta ask the producers to give you a credit card. They gotta pay for your food.” Martin did just that and later joked, “that’s why they went over budget … because of my food.”

15. Jodie Foster was the consumate professional

In the scene where Clarice tells Lecter about the lambs and running away from home, if you listen closely after she says, “I thought if I could save just one…” you can hear a crewman dropping a wrench off-screen. Foster remained in character and continued until Demme shouted “Cut”, she turned around and said, “what the hell was that!”

16. The film was shot where Ted Levine grew up

Ted Levine couldn’t believe it when he was told the location of Buffalo Bill’s house. First off, it was in his home town, which was coincidental enough, but then it turned out the house was directly next door to his childhood sweetheart’s family home.

17. The ending was originally very different

Ted Tally initially wrote a darker ending that would see Lecter call Clarice from a fancy office while cutting up an orange. After hanging up the call, the camera pans out to reveal a captured Dr. Chilton. Lecter approaches Chilton and asks, “shall we begin?”

The Silence Of The Lambs was at one time considered for a direct-to-video release because studio executives felt that the subject matter was too distasteful for a mass audience.

19. The poster isn’t quite what it seems

Almost as iconic as the characters, the poster is one of the great movie one-sheets to come out of the ’90s. In 2006, it was named the best poster of the last 35 years by the Key Art Awards. There is what looks like a skull on the moth in the poster – this was inspired by Salvador Dali’s In Voluptas Mors which was a picture of seven naked women entwined to create the illusion of a human skull. If you look more closely, you’ll see it isn’t a skull. 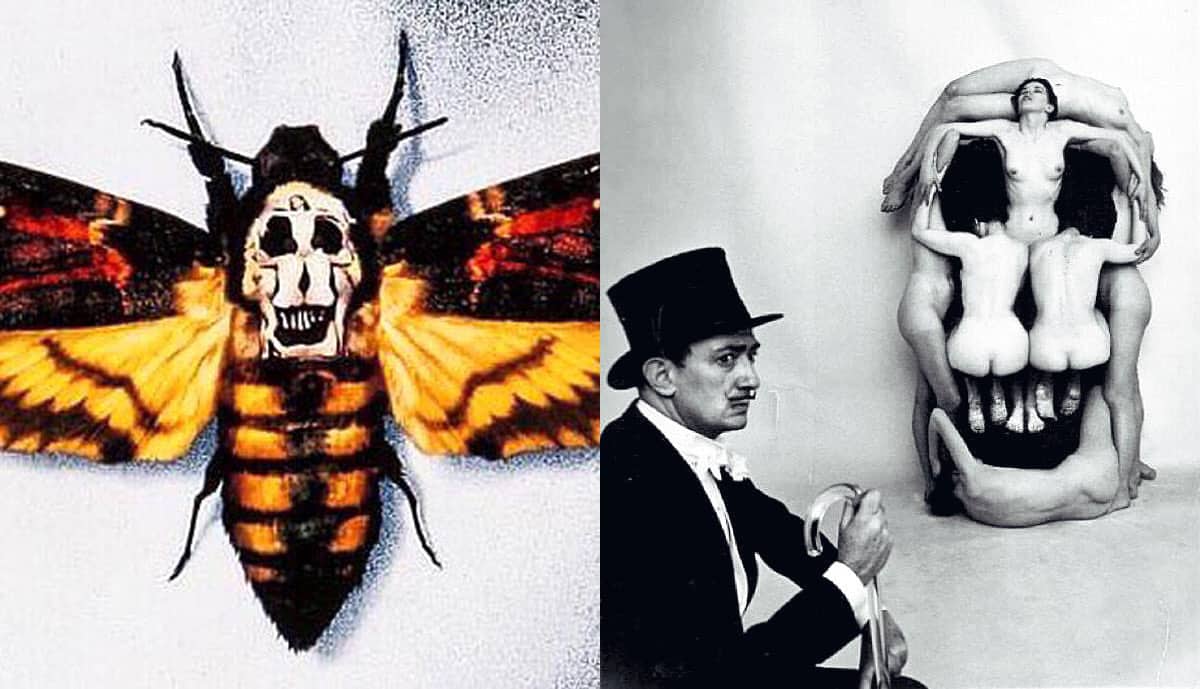 The ‘skull’ on the movie poster and Salvador Dali art that inspired it.

20. The film equalled a famous record at the Oscars

At the 1992 Academy Awards, The Silence Of The Lambs won five awards, and they were ‘The Big Five’: Best Picture, Best Director, Best Actor, Best Actress, and Best (Adapted) Screenplay. It’s only the third film to pick up all five in history and, to date, the last one to ever do so. The previous two films to pick up ‘The Big Five’ were It Happened One Night (1934) and One Flew Over The Cuckoo’s Nest (1975).

For more behind-the-stores and facts relating to the movie, you can check out our The Silence Of The Lambs podcast episode. 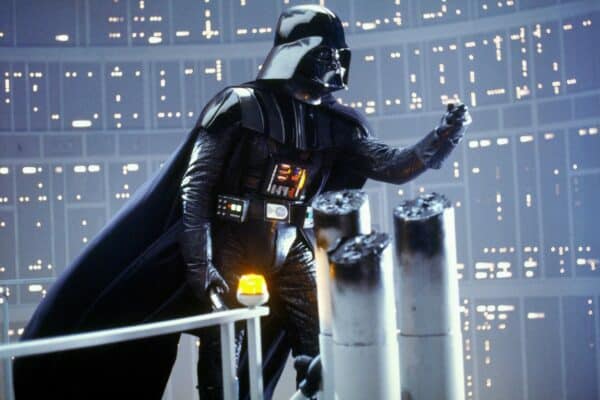 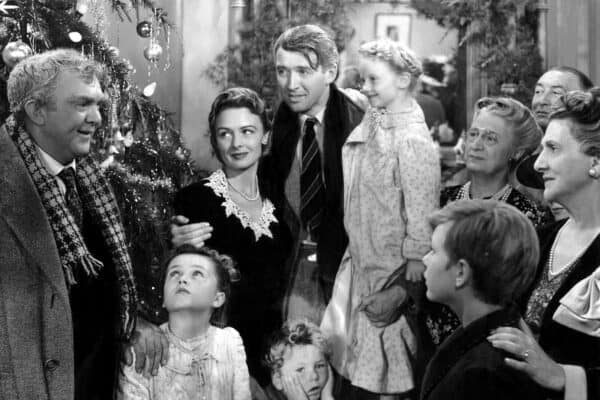 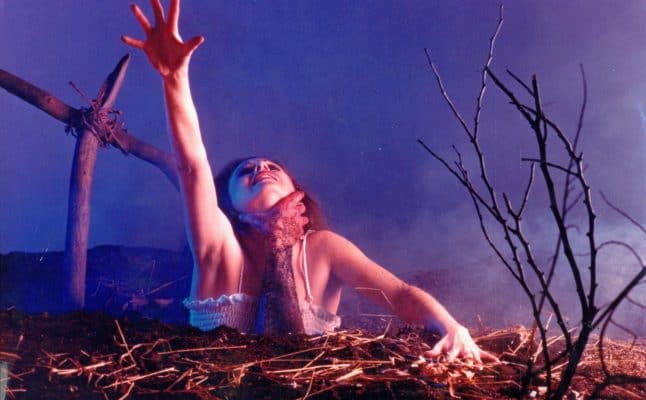