Pretty fly for a sci-fi: prosthetics and pus in Cronenberg's The Fly 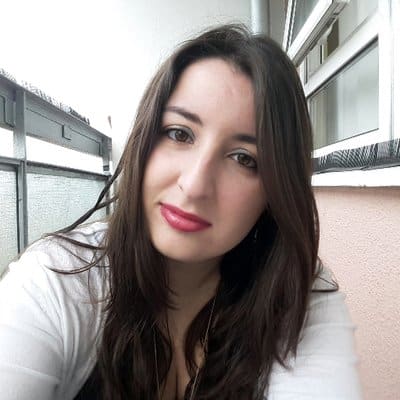 34 years ago, David Cronenburg’s classic body horror The Fly landed in cinemas. Layla Cummins has gone all in to look at the the extraordinary work that went into creating the creature, and how it was brought to the big screen.

With creature features like The Thing (1982), body horrors like Videodrome (1983) and animated spectacles such as Who Framed Roger Rabbit (1988), the 80s were a decade in which filmmakers pushed the boundaries of cinema into a new era. Starring Jeff Goldblum and Geena Davis, David Cronenberg’s 1986 remake of The Fly (1958) brought together practical effects masters like Chris Walas alongside new and experienced crew members who propelled their careers with the help of the low-budget surprise sci-fi hit. In a year that has been scary for all the wrong reasons, we are shining the spotlight on the people, prosthetics and pus involved in bringing the gruesome insect-inspired transformation of Seth Brundle to life.

Before teaming up with Cronenberg, Chris Walas had worked on several prominent movies throughout the 80s including Gremlins (1984), E.T. the Extraterrestrial (1982), Return of the Jedi (1983) and Raiders of the Lost Ark (1981). Walas was responsible for the infamous Nazi head melting scene in Raiders, creating false heads of the actors that would melt in the extreme heat of the Ark of the Covenant. For their work on The Fly, Walas and Canadian make-up artist Stephan Dupuis went on to win an Academy Award for their work transforming Goldblum’s Seth Brundle into a monstrous creature over seven terrifying stages.

Like all ambitious creatives, Walas and his team wanted to create something new. Practical effects had become more advanced in previous decades and the techniques used were well-known outside of Hollywood, making them old news, fast. In the early 70s, make-up artist Dick Smith had experimented with trichloroethane and refined the use of inflatable ‘bladders’ to depict pulsating, lumpy skin in The Exorcist (1973) and Altered States (1980).

The Fly co-writer Charles Edward Pogue expressed concern at how the protagonist in the original 50s film became a passive hero when he wore the fly head mask. The intention for the remake was to use as much of Goldblum as possible to show the gradual transformation of the character. Inspired by the natural life cycle of insects from larva to pupae and eventual adulthood, this metamorphosis is integral to the story as Brundle moves from protagonist to antagonist by his own hand.
The seven distinct stages of Seth’s transformation begin with thick black hairs sprouting from his back and scaly lesions on his face in the first and second stages. The following stages see Brundle lose his human hair, fingernails and teeth. Deformities were exaggerated, with Goldblum wearing increasingly larger prosthetics and a special contact lens that made one of his eyes appear bigger. These later stages often required up to five hours in the make-up chair until Brundle’s deterioration into his final form: the hybrid Brundlefly.

The theatrical trailer for David Cronenberg’s body horror The Fly (1986).

The memorable moment where the creature bursts apocalyptically from beneath Brundle’s skin was down to several heavy spring-loaded plates and a mechanism created by Kelly Lepkowski, allowing the creature to emerge from what is left of Brundle’s human cocoon. Other insect-inspired effects that made Brundle’s transformation so horrific included the digestive enzyme he uses to liquefy and eat a table full of junk food and later as a weapon, vomiting the corrosive substance on the hand and foot of Ronnie’s lecherous boss Stathis. Although vile onscreen, the oozing substance was a somewhat more palatable combination of eggs, honey and milk.

Several scenes were eventually cut from the final version of the film, including the extended monkey-cat scene in which Brundle beats his deformed experiment to death with an iron bar. With little time left in the day to film the shot, the overall look of the puppet didn’t stand up to the effects seen in the rest of the movie, so it was removed. Another sequence edited out of the final cut depicted Brundle scaling the wall outside his apartment, with Goldblum donning a full bodysuit smothered in KY Jelly to allow him to slide across the specially designed set.

The Fly is a prime example of how nailing the special effects can elevate a film to the next level. Walas and the rest of the effects crew created one of the most enduring sci-fi flicks of all time with minimal use of traditional blood-soaked gore. Instead, they improved on the techniques of those that came before them and looked a little closer at the natural world in all its disgusting and terrifying glory.